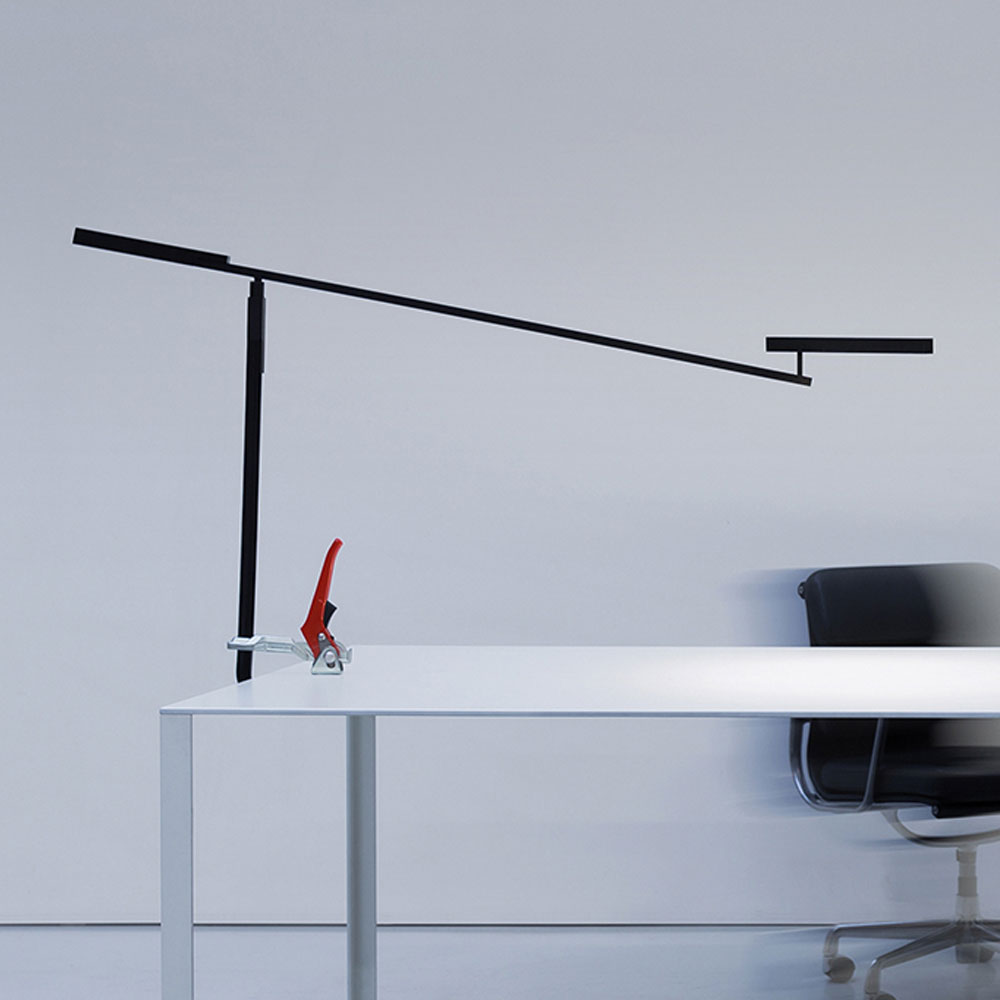 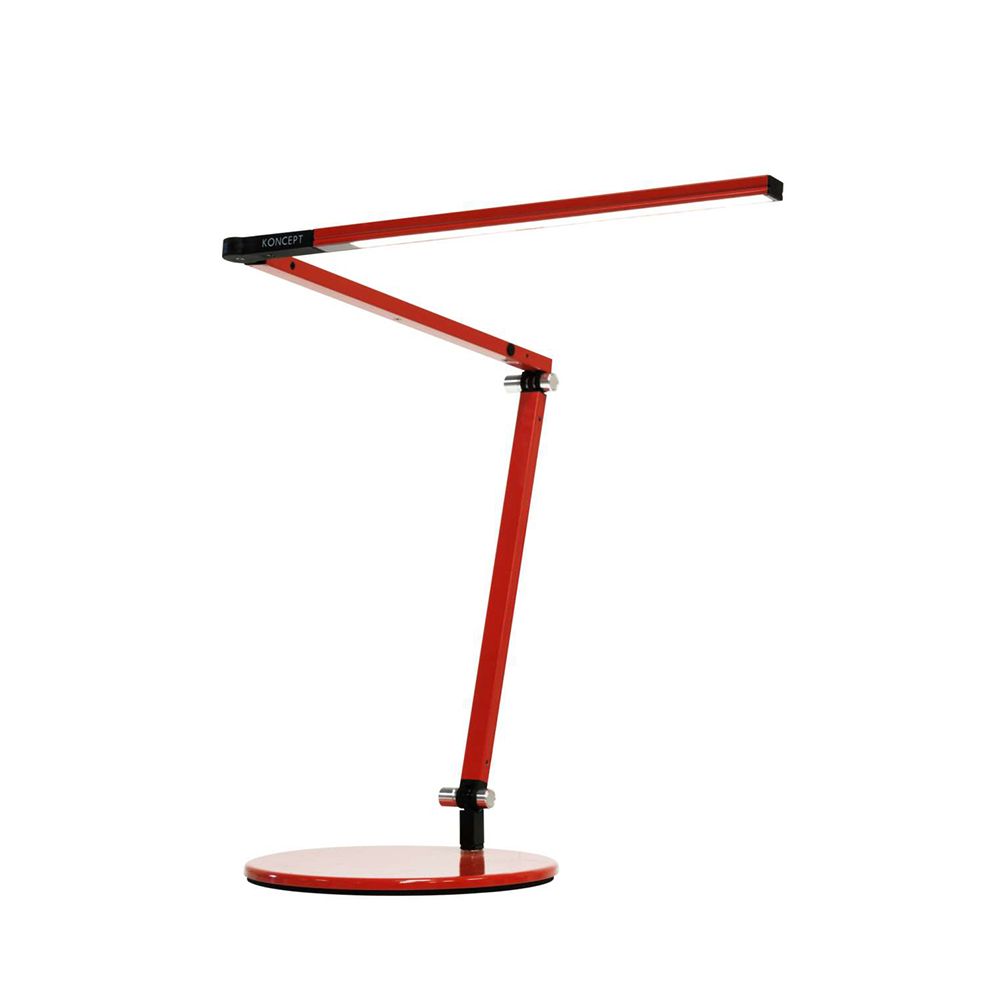 Lamps Made From Wood

Browse our collection of table lamps and desk lights to find the perfect tabletop illumination. Design lovers will find all their favourite iconic table lights among our collections, including Urquiola’s Caboche, Le Corbusier’s Borne Beton, and the Castiglioni brothers’ Taccia.

Portable table lamps are the perfect solution when a power source isn’t nearby. The Uma Sound Lamp also plays music while Davide Groppi’s Tetate is an elegant lamp perfect for classy dinner parties or intimate restaurants.

Many of our modern table lamps also feature USB chargers and built-in shelves to help you make the most of your desk space. The energy-conscious will appreciate our desk lamps that use motion-sensored LED light sources.

The History of the Table Light

Table lamps are perhaps the light source with which we relate to most intimately. Their scale is smaller; and they are usually located in the most accessible locations, from nightstands to work tables to dining tables and credenzas, and often positioned at eye-level while we are seated and comfortable. As such, they may also be the first and last encounters we have with light fixtures each day. Yet for these reasons we may also take this fixture format for granted, under-estimating the decades of design history that have carried it to the present day.

The invention of the contemporary table light fixture came about in 1878 with the design of Thomas Edison and Joseph Swan’s incandescent bulbs, which were both residentially applicable and commercially viable. Within a year of development these bulbs were being mass-produced and distributed. The significance of this transformation in the way we see the world cannot be overstated.

Modern table light design spans movements and decades. The sequence in which it evolved speaks to the technological innovation and sensibilities of the particular era, as each movement responded to its predecessor. The following list comprises a highlight of the evolution of 19th and 20th century design movements, along with examples of brands and table lamps who have either been influenced by an era or have worked directly within the period. You’ll find all examples mentioned in our portfolio.

Flourishing in between the 1890’s and the beginning of the First World War, this is considered the first international industrial design movement, inspiring designers in both Europe and North America to create early modern table lamps adorned with intricate patterns, that were inspired by nature, employing mass production methods. Asian art influences also crept into the visual aesthetic. The Table lamp lamp from Parachina is an example of a fixture that could fit in with this era.

The 1920s and 30s, saw a modernist style develop that was striking in its use of geometric forms, but leveraged a philosophy opposite to most modern sensibilities. Art Deco employed elaborate craftsmanship and a return to handmade approaches to production. It was time to imbue goods with a sense of luxury. The Tuner Table lamp from DelightFull is handmade in brass and aluminum, and available in many finishes.

The Bauhaus movement begins the alignment with what most people would consider the minimalist aesthetic of modern design, and the principle of ‘form follows function’. The period between WWI and WWII was a fruitful period for avant-garde art, when all things representational become abstract. Similarly to the abstract artist Piet Mondrian, whose aesthetic was reduced to simple but idealistic interplay of geometric shapes, the On Lines Table lamp by Nemo is a harmonious collection of adjustable rectangles.

Developed in the 1920s and 30s, this movement’s characteristics include rectilinear forms with concise plane surfaces relieved of any ornamentation or decoration, appearing weightless due to cantilevered construction. The International style was born in Europe, eventually becoming the dominant style in America during the middle of the 20th century. B.lux presents the Overlay T Table lamp, which embodies the aesthetics of this era.

The consumer culture boom of the 1950s propelled America into economic prominence, with a new progressive design movement that veered away from formal geometry and embraced the contours of the human form. Mid century modern lighting incorporated affordable materials such as plywood, polyester, plastics, and aluminum, for a sense of accessibility. Designers and manufacturers closely collaborated, marketing and distributing their products broadly. Innermost’s Parasol Table light is Jonas Foreman’s LED table lamp update to his original mid century modern design.

The 1960s and 70s ushered in a new political and socio-economic climate, where good form and functional excellence took a back seat to radical counter cultural ideologies. A new design movement based on American popular and consumer culture sprung forth, making unconventional statements. This movement has a playful, light-hearted and humorous feel to it. The Banana Lamp Dewey Table lamp from Seletti could easily have stepped off the canvas of Warhol’s famous painting.

Quickly succeeding the modernism and pop movements in the 1980s and beyond, the post-modern movement rejected the simplicity, elegance, and function of modernist principles. Centered in Milan, it opted to engage its audience and users with irony and a quirky sense of humour. A collage approach brought together materials, patterns, shapes, forms, and colours in surprisingly daring combinations. The Acid Marble Table lamp from Lee Broom uses translucent coloured glass and marble as a diffuser to create a playful twist on classic materials.

Explore LightForm’s collection for further examples of shelf lamps, portable lamps, side table lamps, and USB charging table lights. Need tabletop illumination in a hurry? Browse our extensive collection of quick ship table lamps. Get intimate with and inspired by our table lights!

Want to learn more about table lamps? Here are some of our more popular blog posts: